When navigating the great outdoors with your pet, you may come in contact with dangerous creatures who must be handled in the appropriate manner. The Bassler Veterinary Hospital team would like to help you negotiate these situations and keep your four-legged companion, and you, safe and healthy. One important thing before you head outside—ensure your pet’s rabies vaccination is current.

Is my pet at risk from coyotes?

Coyotes give birth in April and are more protective of their offspring from April to August, so be extra vigilant during this time. If a coyote attacks your pet, they will need veterinary attention as quickly as possible.

Is my pet at risk from fisher cats?

Fisher cats, or fishers, are members of the weasel family native to North America. Fisher cats are short and long, with a maximum height of 3 and a half inches, and can weigh up to 12 pounds. While the forest is their preferred habitat, they are being seen more frequently in suburban areas. Fisher cats normally feed on fruit, reptiles, amphibians, birds, and small mammals, and are one of the few animals known to eat porcupines. While fisher cats tend to avoid humans and do not usually pose a threat to pets, there are a few things you can do to ensure your four-legged friend’s safety.

If you see a fisher cat in your yard, scare them away with a water hose, loud noise, or bright lights. If you suspect your pet has been attacked by a fisher cat, take them to your veterinarian promptly, as their sharp teeth can cause deep puncture wounds that could easily become infected.

Is my pet at risk from birds of prey?

Prey birds include hawks, owls, eagles, osprey, falcons, and kites, whose usual diet consists of insects, rabbits, squirrels, voles, fish, and amphibians. While large birds of prey have been known to abduct small pets, this phenomenon is not common, because these birds typically cannot pick up and carry a victim who weighs more than they do. Most cases of prey birds taking small pets end happily when the bird drops the pet from only a few feet, and the pet escapes with a few scrapes and bruises. To prevent a bird from taking your small dog or cat, follow these guidelines.

If your pet is attacked by one of these large birds, inspect them for lacerations and

puncture wounds. Take them immediately to our hospital if they are injured, or if they were dropped  from a significant height, because they may have internal injuries that are not obvious.

Is my pet at risk from snakes?

Two snake species in Massachusetts are venomous—the timber rattlesnake and the Northern copperhead. Both species, which are classified as pit vipers, can be identified by their fat, thick bodies, vertical pupils, triangular heads, and facial pits between their eyes and nostrils. Non-venomous snakes usually have round pupils. While snake encounters are not extremely common in this area, you should be able to recognize venomous species if you go hiking or camping.

Snake venom can quickly cause severe illness and death. If your pet is bitten by any snake, take them to the nearest veterinary hospital for immediate treatment, as non-venomous snakebites also require medical care to prevent infection. A picture of the snake can aid in identification, but don’t get too close, or try to capture a snake, as you may also be bitten.

Is my pet at risk from black bears? 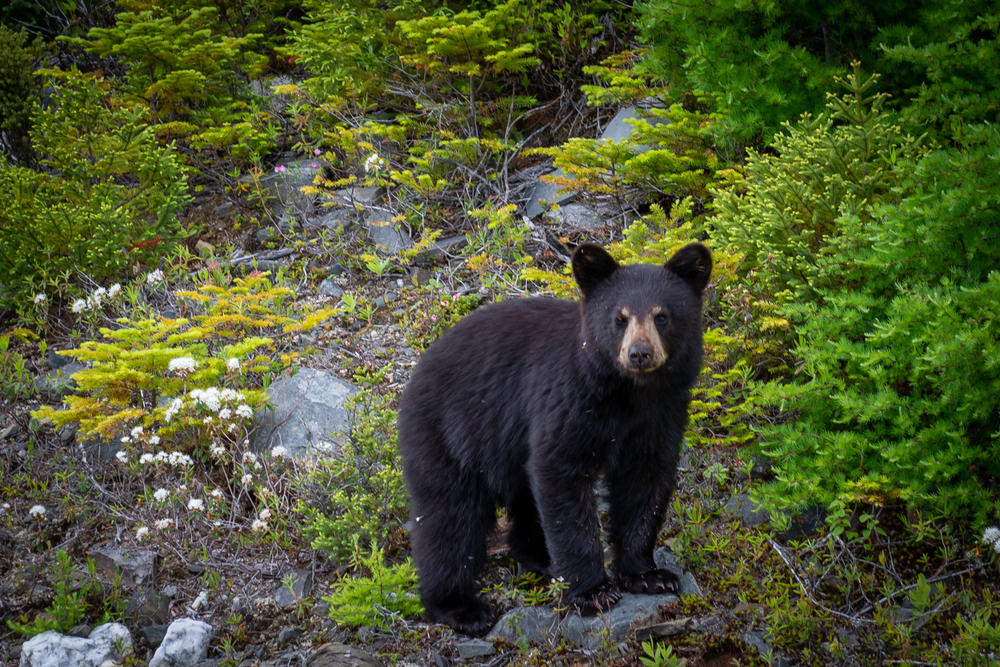 Black bears have a sense of smell seven times that of a bloodhound, and they use this super power to sniff out food sources, especially in the late summer and early fall when they are experiencing hyperphagia (i.e., the feeding frenzy to pack on weight for hibernation). Black bear sightings are rare and they do not typically bother pets, but if you head out into the woods, or travel to areas where bears are more common, the following precautions can help ensure your pets are safe.

If you do come in contact with a black bear, stand and face them, and never run away. Make yourself as large as possible, and yell loudly and clap your hands. This behavior will usually frighten the bear off. Obviously, any injury caused by a bear, to you or your pet, will need medical care.

Now you know the precautions you must take to protect your pet from local wildlife, you and your pet are ready to plan some excursions. Get outside in the warm weather and have some fun! Remember, you can always contact Bassler Veterinary Hospital if you have any questions, or if your pet needs their rabies vaccination, or has an unfortunate wildlife encounter.